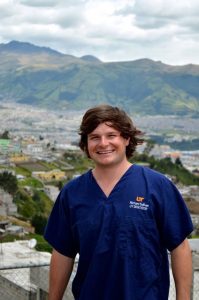 Dr. Sully, your host and creator of the Millennial Dentist podcast is a 5th generation dentist. He is currently partner of Sullivan Dental Partners in Brentwood, Tn with his father Dr. Rick Sullivan. He graduated from the University of Tennessee, Knoxville with a BS in Ecology and Evolutionary Biology in 2011. He then went on to dental school at the University of Tennessee Health Science Center in Memphis, Tn where he graduated in May of 2015 with the Dean’s Award for Clinical Excellence.

Following dental school Dr. Sully has continued learning with continuing education and staying involved in organized dentistry. He has received certificates of training through Six Month Smiles clear braces, the Chao Pinhole Surgical Technique for gum rejuvenation, Docs Education for Oral sedation, and received his implant training through Alabama Implant Education. He currently is a member of the American Dental Association, American Academy of Implant Dentistry, and International Congress of Oral Implantologists.

In his free time Dr. Sully is an avid sports fan, watersports enthusiast and wanna be podcaster. He actually was a part of the 2011 Collegiate Wakeboard National Championship team at the University of Tennessee. Dr. Sully married his bride Caroline in August of 2013. They have no kids but a spunky yellow lab named Raley! 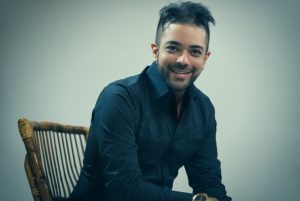 Dr. Peyray as he is more affectionately known is one of the biggest rising stars in Dentistry. Graduating from the University of Tennessee in 2014 he began a brief stint with Affordable Dentures and Implants. In just weeks he went from the new dentist in town to the biggest producing dentist in the practice. He was able to complete 900 hours of CE in his two years there. After those two years his passion to keep pushing himself has led him to starting his own practice, My New Smile Dental in Nashville, Tennessee.

Dr. Raissi is very involved in organized dentistry. He is a fellow in both the International Congress of Oral Implantologists and American Academy of Implant Prosthodontics. He has contributed research and articles for both Biohorizons Implants and Zest Dental Solutions. He is currently a member of number of organizations including ADA, TDA, ICOI, AAID, NDS, FOR, AO, AACD, and AGD.

Most of Dr. Raissi’s free time is spent taking CE as you can tell from his accolades. He also loves to travel. He is very devoted to furthering young doctors education and loves to speak to young dentists.

Dr. Daniel Holsinger, AKA Dr. Dan, AKA Danimal, AKA Holshot 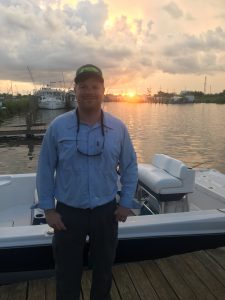 Dr. Dan was raised in Millington, TN where his father retired from the US Navy after being stationed overseas and all over the states. He received his Bachelor of Science in biology from Union University in Jackson, TN in 2006. He then attended the University of Tennessee College of Dentistry in Memphis, where he received his DDS in 2010.

After working as a general dentist for three years, one in Jonesboro, AR and two in Nashville, TN, Dr. Dan returned to the University of Tennessee to pursue his passion of working with pediatric patients and those with special needs. There he completed his Master of Dental Science and Advanced Pediatric Dentistry Certificate in 2015. He then joined Brentwood and Nolensville Pediatric Dentistry in Middle Tennessee and became Board Certified in 2016.

Pediatric dentistry is a constantly evolving specialty. Each year he completes many courses, to learn about advances in technique, methodologies, and patient care. Dr. Dan was recently published for his research "Clinical Evaluation and Parental Satisfaction with Pediatric Zirconia Anterior Crowns" in the May/June 2016 journal of Pediatric Dentistry.

When he’s not in the office, Dr. Dan loves to travel, go hiking, and enjoy the great outdoors. He is also avid sports fan. He cheers on the Nashville Predators, Tennessee Titans, Memphis Grizzlies and enjoys SEC football. On weekends in the fall you can find him setting up a tailgate at multiple football games.

Made at the tip of Africa. ©